GST (Goods and Service Tax) in India: In this article, I am going to explain what exactly GST is and how does it affect us?

India is expected to experience massive economic transformation with the introduction of GST- Goods and Services Tax.  A constitutional amendment was passed in the Parliament related to GST to introduce a new system for goods and services tax. GST brings the whole country under one roof and enhances the concept of ‘One Nation One Tax’.

Now let us understand what exactly GST is and how does it affect us. India follows the concept of direct and indirect tax. Direct taxes are levied by the central and state government; both have their exclusive areas where they levy these taxes. On the other hand, direct taxes are levied on manufacture and consumption of goods and services. In case of indirect taxes, the taxes on the manufacturing of goods and provision of services is under the domain of the Central Government, whereas taxes related to consumption of these goods and services in the realm of the state government.

Now let’s understand the tax structure before GST. When a particular product is manufactured and ready for the market the Central government imposes an indirect tax known as Central Excise at the manufacturing stage. When the product is introduced in the market then the state government levies a tax called VAT (value added tax) at the retailers end before the product reaches the consumer. Another tax which is levied by the state government as state tax when a product is transported from one state to another state. Similarly when a product manufactured at one state is sold in another state then the state selling the product levies central sales tax on export of the product to state selling the product. In this way, numerous taxes are imposed on a product from the manufacturing stage to the consumption stage. As a result, the consumer has to pay a higher cost for the product. In the GST system, consumers will have to pay high on things like food items, hotel and restaurant services, insurance and entertainment like cinema tickets etc, on the other goods and services the effect is minimal.

As a solution to this complicated tax structure, a much simpler taxation system for goods and services has been introduced. GST emphasizes on the elimination of tax barriers across states and creating a single market concept. It also aims at removing the state and central tax barriers and bringing about stability and unification in goods and services sector. The GST taxation system has the following benefits:

Although when the concept of GST was introduced it faced a lot of f opposition as people were still not aware what exactly it meant and how it is beneficial. There was a lot of confusion and chaos related to exactly how the GST system will work. Do these reasons the concept faced a lot of protest and opposition from traders and opposition political parties. There was confusion on how exactly the system will be implemented and what all problems traders and manufacturers will face. But this protests and opposition had almost nil effect, as the taxation system was supported by almost all the states of the country unanimously.

It is also predicted that if this system works out in a systematic and smooth way India will experience a new form of economic independence and economic development and the consumers will benefit the most from it.

Action is the foundational key to all success 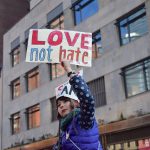 Why directory submissions are an important part of SEO 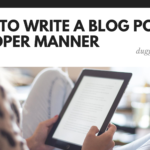 How to write a blog post in a proper manner