We all have different habits and way of living one’s life. Based on others observations and judgement, certain stereotypes and views are developed. So today let’s talk about what each genders view is about the other gender, in other words what women think about men and what men think about women.

Let’s first talk about what women have to say:

As women have their views about men; men too have views about them. Let’s see what they are like:

These views have been developed by observing the general behaviour and habits of both the genders after much observation and research. One should not feel offended by them and should not take it as personal comment for them. Every person has their own habits and way of living one’s life, nothing is good or bad. What may be good for one person may be bad for the other.

Here we are just talking about what each gender feels about the other or what complaint they have for the other. Read this blog as an information source and not as personal comment or judgement.

Don’t regret the past, just learn from it

Every new day is another chance to change your life

Don’t regret the past, just learn from it 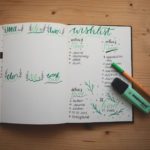 How To Not Get Distracted At Work 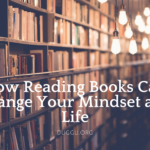 How Reading Books Can Change Your Mindset and Life