What causes climate change and how it happen?

Climate change is as a whole a very large term. It covers changes from different ages in the million years to the recent decade problems such as global warming.
Now the question arises in mind “what causes climate change and how it happen?”

To understand the changes that the climate is going through nowadays we have to look back a little back in the 19th century when the interference of human get started. Earlier humans do not play a significant role in any type of change in climate but after the 19th century with the advent of industrial revolution, a drastic change occurs in the needs of people to increase their living standard and to fulfill that requirement of the people, humans started interfering with the environment. With the industrial revolution comes the age of commercialization. Goods were needed to be produced on large scale to meet the demand of people new machines were invented to do so, big factories were set up, power looms and steam engines were used, with the good producing on large, there was a need of transportation of goods. Railway tracks were laid trains were started, with the development of steam-powered engines transportation gains its speed.

With the advancement in technology, health care, and other sectors. The quality of life improved, mortality rates start declining and the population grows exponentially.
During the early 90s with the mass production of ford model T an automobile, a revolution occurs people started buying the car. The automobile industry was taking its shape, many car companies began to produce new more powerful and efficient models. People were amused by the feasibility that this mean transport gives. Now they can cover a large distance through it in a short period of time.

This advancement comes with the extra pressure on the environment. Resources were exploited more than their capacity to regenerate, they started exhausting. Most of them are now on the verge of exhaustion, trees were cut down for wood, mineral resources. Factories were set up amidst the forest where the mineral resources were in abundant by clearing the forest cover. Exhaust from vehicles and factories started to pollute the environment.
Percentage of greenhouse gases such as water vapor, carbon dioxide, methane, nitrous oxide, and ozone started to increase in the atmosphere. Thus raising the temperature of the earth surface. what greenhouse gases do, is they trap the heat from the sun and do not let it reflect back. Leading to increasing surface temperature causing melting of ice caps which is increasing the water level of oceans. This rises in temperature causes irregular monsoon pattern affecting the people depending on it, rivers are shrinking
A recent example is of ozone layer depletion due to the increase in amount of ChloroFluoro carbon(CFCs) which react in air and deplete the ozone thus creating a hole over Antarctica known as ozone hole exposing us to the ultraviolet radiation from the sun, considering the severeness of the situation all country all over world come together and accepted Montreal protocol thus banning the appliances which emit such harmful gases.

Rivers started drying up or their water becomes unsuitable for household use due to the industrial effluents dumped in them, recent example of this is with Yamuna river where its dissolved oxygen is at its minimum level making it unsuitable for living organism to survive in it. Same as goes with other rivers like Ganga for which government has to start Ganga action plan to clean it.

How can we prevent it from happening?

There is a number of things that can be done to minimize these effects. First of all, minimizing the use of fossil fuels alternate technology are present, we need to invest in them and bring them forward. Tesla Motors is doing excellent work in automobile sector innovating and developing cars running from electricity. Then minimizing the use of nonbiodegradable items like polybags, polythenes, alternates are out there, all there is a need of awareness about saving the environment, and it is the time to think about the environment because if we don’t take it seriously it’s not gonna last forever.

Action is the foundational key to all success 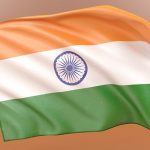 Wish u all a very Happy Independence Day (with a message) 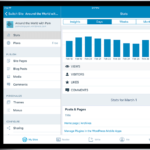 How To Write SEO Ready Content For WordPress Posts

How to start a digital marketing company