The artist has been able to capture such a sensitive topic in an elegant manner, making it beautiful and at the same provoking enough, that it sends thought waves in the viewer. The entrapped lady in the midst of the chaos caused by the pollutants is a metaphoric representation of the marine life which has been endangered because of the misdeeds of a particular species called humans.

Her melancholic eyes reflect a sense of gloom and are also representative of her awareness of her state of despair. The so-called advanced and rational humans, in their race to civilization, have been butchering the assets of Mother nature, the aquatic life is just another victim. We have been dumping wastes, primarily plastic into the water bodies which has had abhorrent consequences. Studies have unveiled that around 12.7 million tonnes of plastic waste is washed into the ocean every year.

The United Nations Environment Programme estimates there could be as many as 51 trillion microplastic particles in the oceans already. Marine debris poses a life threat to marine life. Hordes of man-made objects like polystyrene, oil rigs, plastic bottles, disheveled parts of ships and boats, beverages, cans etc have become emblematic of marine debris. Jillions of sea animals have been choked to death because of human ignorance. Many animals have even been impelled to the brink of becoming extinct. We selfish humans, masquerading as architects of a better future, have mercilessly invaded the homes of the marine creatures and sabotaged it, without letting out one breath in guilt. We are so self-engrossed that we never looked back at the havoc we caused while fabricating this road to ostensible development. Marine biologists and botanists all over the globe are unsparing in their attempt to induce some guilt among us, to make us aware of the jeopardy of marine life, because it’s vulnerable late now. If we don’t stop now, we would leave our following generations with a legacy of depredations and barbarous murders of our fellow living species. It’s time we introspect and watch our actions, it’s time we rise above our egomania and look out for other life forms of our mother earth, it’s time we live and LET LIVE.

I found this painting beneath heaps of garbage at Nehru place, New Delhi. 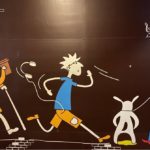 I drank, I ran, I conquered

Thrilled by the beauty of the painting

Painting of the woman in a Hotel, New Delhi 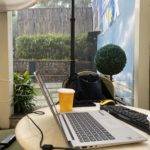 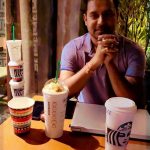 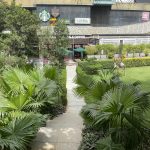 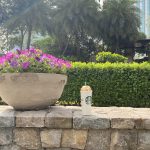 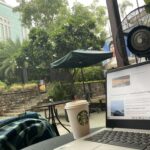