Diwali Visit to my Hometown

Recently I visited my Hometown in Gwalior since was Diwali – The Festival of Lights. It was a 7-hour drive comprising of 370kms. Gwalior is a major city in the central Indian state of Madhya Pradesh lies in upper Madhya Pradesh and is one of the counter-magnet cities. Located 343 kilometers south of Delhi the capital city of India, 120 kilometers from Agra, and 414 kilometers from Bhopal the state capital, Gwalior occupies a strategic location in the Gird region of India. The historic city and its fortress have been ruled by several historic northern Indian kingdoms. From the Kachchhapaghatas in the 10th century, Tomars in the 13th century, it was passed on to the Mughal Empire than to the Maratha in 1754, followed by the Scindia in the 18th century. In April 2021, It was found that Gwalior had the best air quality index (AQI 152) amongst the 4 major cities in Madhya Pradesh.

Although I had many options to commute to Gwalior rather I chose My Honda City V4 to commute as it was quite comfortable for me.

Left late night from my workplace and reached there around morning 8 A.M. On my way, I captured some picturesque scenes of nature.

While driving I stopped near the farms just for fun and took these pictures.

As soon as I reached home everyone was quite surprised to see me as I had not informed my family members that I will be coming home this Diwali. The following day I rested in a very traditional way, slept under the sky on khatia (khaat).

In the evening all the family members performed Diwali Pujan and then after dinner, I left for New Delhi due to some prior commitments. Although my family was not at all happy with my decision to leave this is life. The same night I drove back to New Delhi and got caught up with work.
Thank You, Readers. 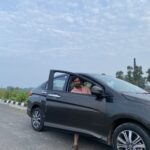 “To travel is to live” – Haridwar Road Trip 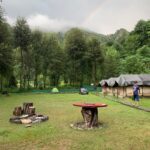 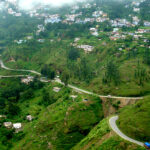 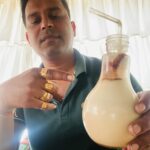 Cold Coffee in a Light Bulb 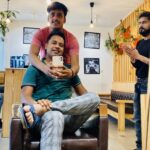 Me after Haircut in Central India Salon, Thatipur, Gwalior 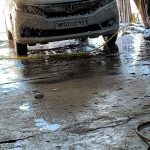 My car during the wash in Gwalior, MP 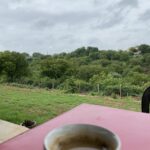 Blogging from Hills Covered in Greenery 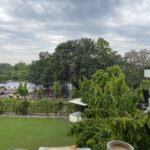